Bread pudding: what is it and easy recipe

Although it is traditionally known by the name of bread pudding, depending on the country where we are, it is possible to find it also with other names or denominations, such as bread pudding Or simply bread cake(it is well known in Central and South American countries).

It becomes a traditional and classic dessert, consisting of a sweet dessert typical of English cuisine usually composed of bread crumbs, which depending on the country where we are can also include sponge cake, rice ... It is common that in its preparation also add other typical ingredients, such as egg, various fruits and custard (custard). In fact, today we can distinguish a wide variety of puddings or puddings. Although basically it is a sweet made with bread, milk, egg and fruits. It is also possible to find salty variants, accompanied by sausages or sausages.

Although it can be made all year round, the truth is that we are faced with a typically Christmas dessert, thus becoming a wonderful choice for both Christmas and even the traditional Thanksgiving holiday in the United States (yes, it is also a Anglo-Saxon dessert).

As regards its organoleptic qualities (that is, its taste, texture and appearance), it is a dessert with an appetizing appearance that is reminiscent of a flan or cottage cheese, with a sweet flavor and a wonderfully smooth texture.

The truth is that its preparation is actually very simple. And this time we are going to learn to elaborate a traditional homemade bread pudding, as was done in the past in most English houses. Do you dare to prepare it with us ?. It will take you about 1 hour to prepare them, and about 1 hour 30 minutes to cook them. How to eat bread pudding?

On the other hand, it becomes a nutritious dessert that can become a good option for breakfast and snack, especially for the little ones in the house. In fact, it is a dessert so easy to make that we can make them with them at home. 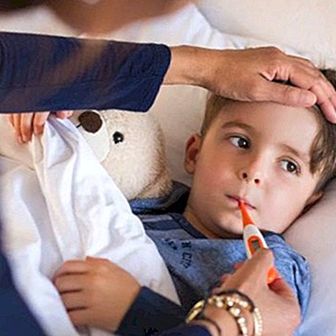 Advice for those who should stay in bed The cut of digestion in the child: symptoms and how to avoid it

The importance of milk in our health: benefits and nutritional properties