How to stop the Human Papillomavirus (HPV)


How to stop the Human Papillomavirus (HPV)

With the medical name of human papilloma virus (HPV) we are faced with a variability of different belonging to the family of papillomaviridae. It becomes one of the most common sexually transmitted diseases, and although there are more than 150 types of this virus, in reality only 20 cause diseases in humans.

Precisely, the most common disease affects especially the genital area, whose infection can cause benign problems such as for example the appearance of warts or condylomata acuminata (protuberances that sometimes have the shape of cauliflower). However, it can also cause more serious problems, such as precancerous lesions and cancer of the cervix, vulva, vagina or penis (when it affects the man). However, there are also low risk serotypes that cause most of the genital warts, but they rarely turn into cancer. are the papillomavirus 6 Y 11.

As many medical specialists state, in reality Human Papilloma Virus infection is the most common and frequent sexually transmitted infection, which tends to affect around 20% of women, with a higher prevalence in young girls up to 25 years of age.

There is also a second peak of prevalence with respect to infections in women, which occurs around 40 years of age, and which coincides with a period in which the reactivation of previous infections could occur, or because there are new partners infected sex

In any case, HPV infections are found around the world, all people of any age and any gender can be affected by this virus; Even many of these infections occur in people's childhood long before they start having sex, but in most cases they are discovered early. The best way to stop the Human Papilloma Virus, and above all to avoid causing major problems, is from a early diagnostic and especially from proper medical treatment.

But before reaching the medical diagnosis it is necessary to know what symptoms this virus tends to cause. In man, for example, there may be no symptoms, although the most common occurrence is that they appear genital warts in the same way they do in women. These warts can be single or multiple, have a cauliflower shape, flat or raised. In addition, they can arise in the penis, in the skin that lines the testicles, around the anus, in the groin, buttocks or thighs.

In women genital warts appear that like in the man they can have form of cauliflower, flat or elevated. With the passage of time, if they are not treated, they can disappear, remain unchanged, multiply and / or grow.

Once the first symptoms appear, the diagnosis of HPV infection is made from 3 medical tests: Once the diagnosis is made, treatment is started, which aims to cure the infection and, above all, prevent the virus from causing major problems. For it the treatment of genital warts is very important, for example with the topical application of some cream that acts directly on them. It is the case of 0.5% podophyllin, wave 5% Imiquimod It works by activating the cells of the immune system that attack and destroy the virus.

If there is precancerous lesions of the cervix The treatment consists in the application of cryotherapy, which freezes the tissue and is applied for small lesions of less than 20 millimeters. There are also other treatments, such as electro-surgical excision by handle wave cold conization with scalpel.

In any case, if the proper medical treatment is received, there is a very high cure rate and finally survival. This article is published for informational purposes only.It can not and should not replace the consultation with a Physician. We advise you to consult your Trusted Doctor. How to stop hair loss naturally: useful remedies against baldness How to make sunflower milk Do you know how to sound your nose well? Possibly you are doing it wrong 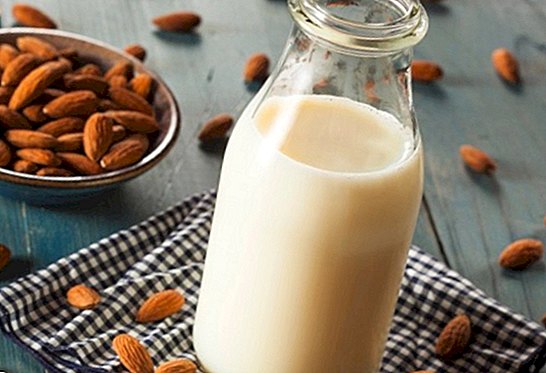 Sensation of emptiness in the stomach: causes to consider 3 recipes with cuttlefish for cooking at home

5 medicinal plants that will help you to digest

How often do you have to wash your hair? Coconut milk with yogurt and honey: recipe and benefits

How to exercise at home: step by step

When to apply cold in an injury